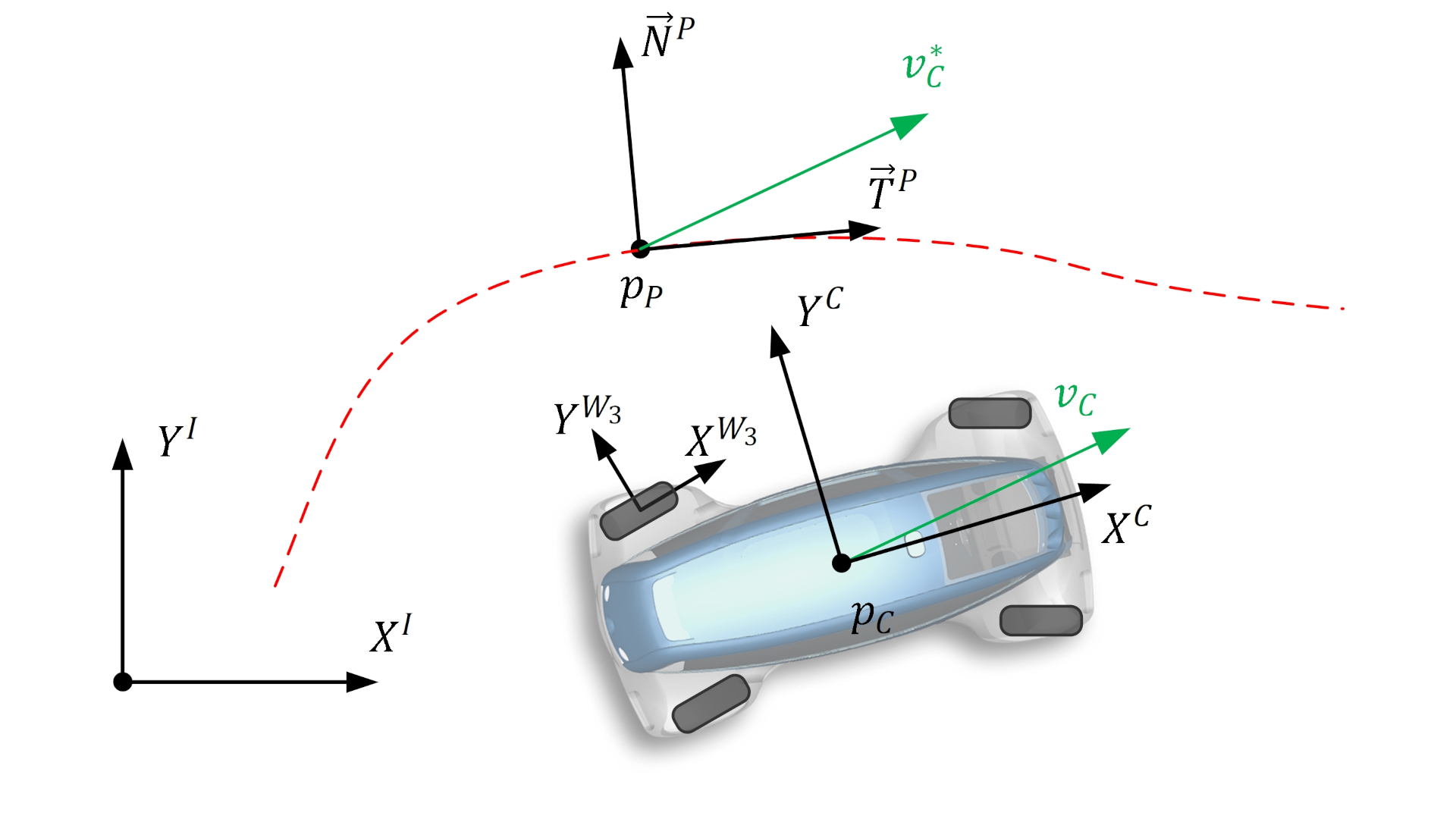 An advanced path following control strategy was designed. It enabled over-actuated robotic vehicles like the ROboMObil to automatically follow predefined paths while all states of the vehicle’s planar motion are controlled. This strategy is useful for autonomous vehicles which are guided along on-line generated paths including severe driving manoeuvres caused by e.g. obstacle avoidance. The proposed approach combines path following, i.e. tracking a plane curve without a priori time parameterization of a trajectory, with feedback-based vehicle dynamics stabilization. A path interpolation method is introduced which allows to perform the path following task employing a trajectory tracking controller. Furthermore, a tracking controller based on input-output linearization and quadratic programming-based control allocation was proposed which allows employing the vehicle’s over-actuation in an optimal manner.

Within this development a path refers to a one-dimensional geometrical figure connecting two points in space, e.g. the centre line of a road. In contrast to that, signals in a trajectory are expressed as a function of time. This distinction between trajectory and path helps to understand the difference between trajectory tracking and path following. For path following the aim is keeping the vehicle position on the defined path. The path following controller does not consider the time when the vehicle is at a specific position. In contrast to that, a trajectory tracking controller aims to fulfil predefined time schedules while it is valid to leave the path described by the set of positions passed by the trajectory. Comparing these inherent properties of the problem formulation to the task of driving a vehicle on roads shows which formulation had to be selected. Driving on roads requires to stay on the track and not to cut corners while there is no time schedule predefining vehicle postures at specific times. These requirements indicate that vehicle control problems are more suitably formulated as path following problems. In addition to following a path, automatic driving of vehicles requires stabilizing the vehicle in case of disturbances. Therefore, the focus lays on the design of a vehicle controller combining path following control with an integrated vehicle dynamics control method. 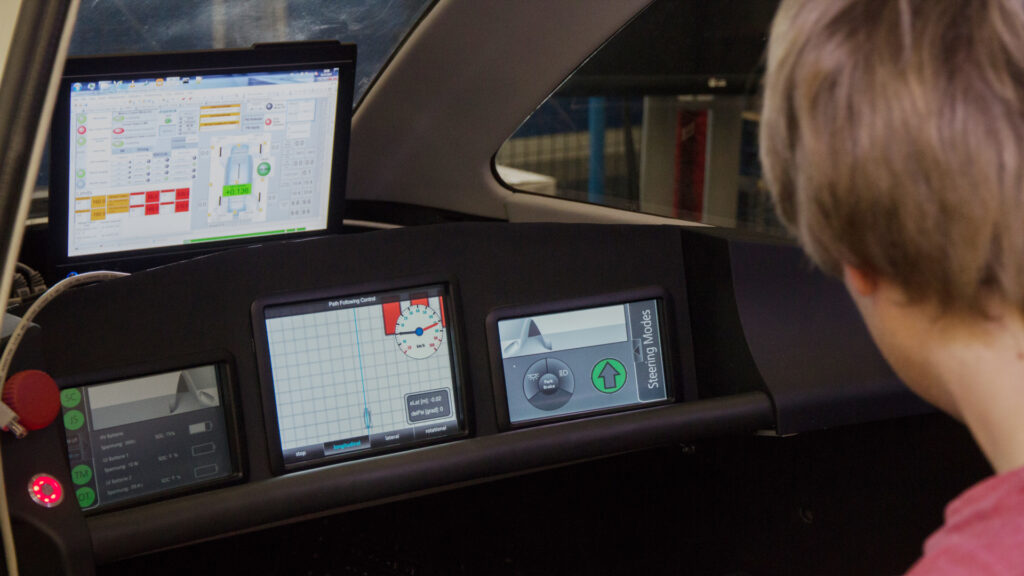