A first version of ROboMObil’s vertical dynamics controller was based on a nonlinear full vehicle model. The identification of the model was realized as a weighted nonlinear least squares optimization problem, which minimizes the 2-norm of the errors between the power spectral density (PSD) of the measured sensor signals and that of the simulated sensor signals. Subsequently, the parameterized vehicle model was reduced to a quarter vehicle model. This model was then utilized during the synthesis of an LPV controller employing the semi-active dampers. The test results from the above depicted four-post-test-rig showed satisfying correlation of the identified full-vehicle model to the real vehicle. 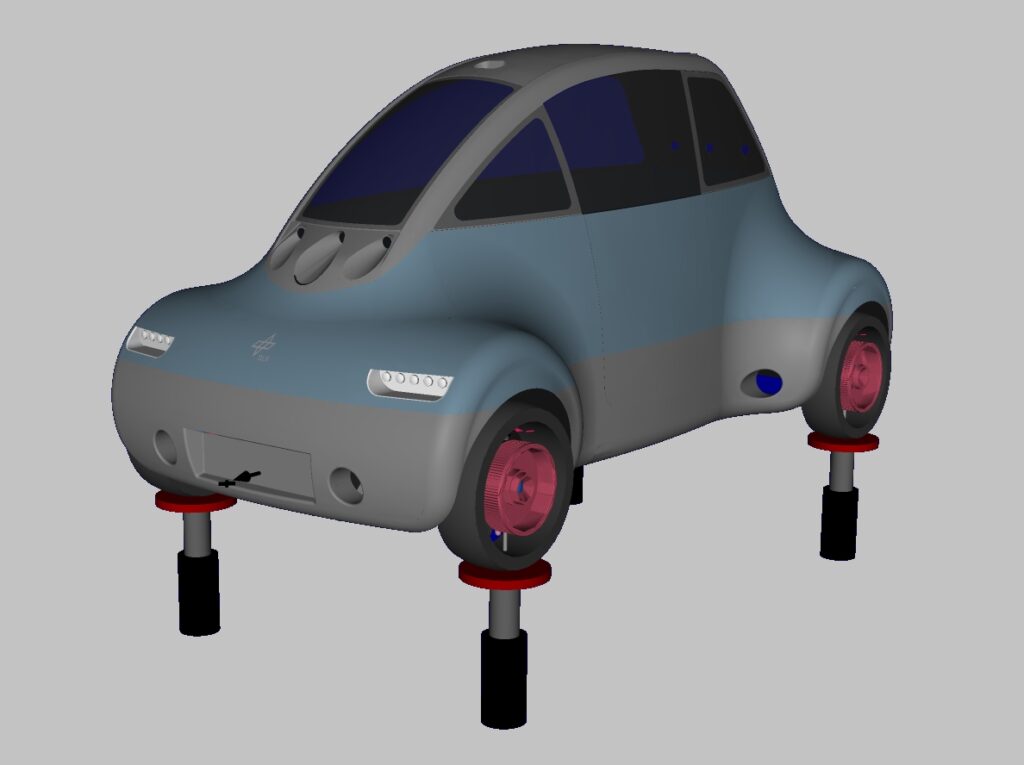